Being a Driver for Uber: The Perks and Challenges 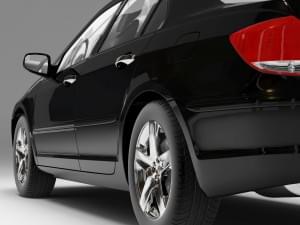 Uber is a popular and somewhat controversial ride-hailing service that has gained significant momentum in many cities around the world. The company is valued at over $40 million despite some cities banning the service and even a few lawsuits against the company. Uber is part of a growing trend of ride-hailing mobile apps, including Lyft and Sidecar, which continue to expand and employ freelance drivers.

Like taxi cab drivers, people choose to become Uber drivers for a variety of reasons. For some people, this is a new independent career and for others, it's a way to make a supplemental income. Lots of people who have previously been unemployed and laid off have become Uber drivers to stay afloat in the difficult economy.

One distinguishing feature of Uber is surge pricing. This feature tells app users where the demand for their services is high and low.

"When a zone is in surge it lights up in red on our map, and you want to be in surge because that’s where the prices are higher," explained Karl Theobald, an Uber driver in the San Francisco area. To make higher profits, some Uber drivers take advantage of surge pricing and plan to work in the morning and evening rush hour traffic times. Others simply work when it's more convenient for their schedule.

The amount that Uber drivers make depends upon how much they drive. In an interview, Theobald told National Public Radio (NPR) that he works about 10 hours per day for Uber and averages $25 to $30 per hour. It isn't his dream job, but he likes the work and thinks it is fun driving people around the city all day.

As freelancers in any industry know, finding work and maintaining a steady income requires a lot of self-motivation and hustle. Some people who have tried working for traditional taxi cab companies in the past enjoy the freedom to make their own schedule through ride-hailing services like Uber. Cab companies often require drivers to work 12-hour shifts and drive six days per week, a grueling schedule that's becomes unsafe when drivers hit the point of exhaustion. To get a competitive edge, some drivers are investing in higher-end cars and even starting driving coaching websites and businesses on the side.

But as with any job, there are both pros and cons to working with ride-hailing companies. The company can change its pricing whenever it wants and implement corporate fees that come off the top of drivers' paychecks. Uber drivers that work in busy cities like New York and Chicago report more satisfaction with the pay and steady work. Drivers who operate in suburbs or smaller towns often complain that the cost of Uber's fees and upkeep of their cars make Uber an unprofitable side gig.

Despite these challenges, it doesn't seem that driving services like Uber are going anywhere. For better or for worse, technology is changing the way we see car ownership and transportation in our daily lives. It will be interesting to see how prices and service offerings evolve as the kinks are worked out of this technology and legal concerns set a precedent for future business.